PINC & STEEL is more than just helping people after cancer, it is about giving hope, strength and courage.

PINC & STEEL is more than just helping people after cancer, it is about giving hope, strength and courage.

The PINC and STEEL Cancer Rehabilitation Programs have been founded and developed by Lou James, Physiotherapist, and Physician and Conjoint Professor of the University of Sydney, Rod MacLeod.

PINC & STEEL was founded on the basis of developing a world-class program for cancer survivorship,

which is committed to supporting people affected by any type of cancer through all stages of their treatment and recovery. 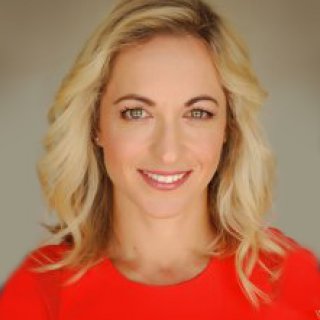 Lou James is the pioneering force behind the cancer rehabilitation movement in New Zealand and Australia. Thanks to her incredible work, hundreds of cancer survivors have got their lives back tothe way they once were – and many more in the future can look forward to similarly reclaiming their former selves. An experienced physiotherapist, Lou is responsible for the introduction of the PINC Program: an individualised rehabilitation and exercise program, previously known as Pink Pilates, which focuses on the physical and mental wellbeing of female cancer survivors. The programme has supported more than 10000 women since its inception. Its male equivalent – The STEEL Program– has been subsequently introduced.

The mother-of-two was prompted to establish the program after seeing first hand in her own physiotherapy practice, the physical and emotional toll that cancer had on the lives of the people affected and the people close to them. In 2005, Lou resolved to create and pilot a specifically designed physiotherapy program for all stages of recovery, from post-operative patients as well as those undergoing and recovering from treatment.

Seeing the need to support people long after their cancer treatments were completed, Lou also developed NEXT STEPS, which is a group exercise programme combining pilates, yoga and cardio exercises and PaddleOn, a group stand up paddling rehabilitation programme.

In 2006, Lou founded the PINC & STEEL Cancer Rehabilitation Trust to support to help make rehabilitation more accessible and affordable, as there is no health system or ACC funding for cancer rehabilitation in New Zealand.  She still serves  as a Trustee.

In 2011, Professor Rod MacLeod joined the Board of PINC and STEEL INTERNATIONAL and helped drive the development of the Post Graduate Physiotherapy Education Program to train Physiotherapists in cancer rehabilitation. It is now the largest cancer rehabilitation program in Australasia and has extending to support people in South Africa, Canada, America, Brazil, Ireland and the UK.

Lou has been recognised for her pioneering work in this field, most recently being appointed a Member of the New Zealand Order of Merit in the Queens New Years Honours List for services to people with cancer.

Lou is committed to raising awareness of the importance of cancer rehabilitation so cancer survivors know there is a specially designed program for them – one that is recognised and prescribed by health practitioners. Lou was also recognised as a Denizen Hero in 2017 and you can read more about her work here.

Professor Rod MacLeod PhD MMedEd FRCGP FAchPM is a Senior Staff Specialsit in Pallliative Care and Conjoint Professor of the University of Sydney, and is now based at Hibiscus Coast Hospice.

Rod had been a long time advocate of the PINC & STEEL Programs and he as a long record of international prominence in the field of palliative care achieved through clinical practice, research, education and service.

He has been involved in cancer research for the past 25 years and has conducted research into the benefits of exercise for males recovering from prostate cancer.

Prof MacLeod and Lou James hope that the PINC and STEEL Programs will help to raise awareness of the importance of prescribed rehabilitation for every person undergoing surgery or treatment for cancer.